Quick update on today’s adventure – the technical rehearsal with people who have never seen the show, one who has read the script and heard the sound cues, and one who hasn’t one clue about the show, but is ready to dive in.

Mix in a newbie producer, moi, a newbie roadie, who didn’t know he was going to be a roadie, my guy, and a theatre full of more lights than I thought I was going to have, some wonky wood and you have an interesting time ahead. 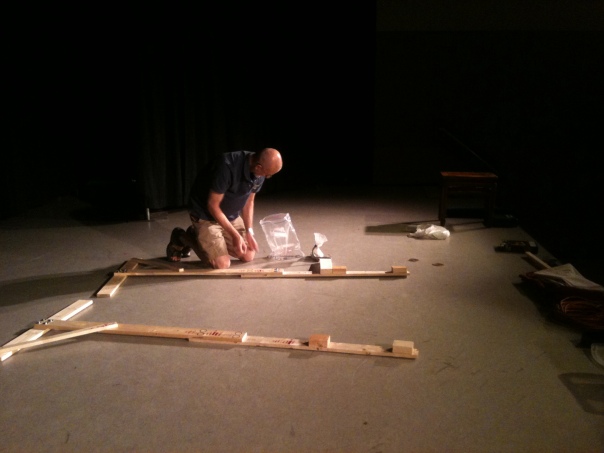 I am taking notes and will share those with you later. All I can say is the simpler the better, the more prepped you are the better, and drink water.  (And, warm up before dancing the Charleston in motorcycle boots… ouch!)

We had three hours to set up, do sound and lighting cues, and figure out… …some blocking issues as the theatre space is quite different from my rehearsal space – naturally. It’s the name of the game!

My technician, who I just met today, Sharon, was great in helping me make some on the spur lighting decisions. I thought we were going to have very basic lighting (up and down) so we didn’t design much lighting during rehearsals. We will re-examine this aspect for Edmonton, as we had originally planned.

Thank goodness for the foresight of my Vancouver stage manager, Stephanie, as she put our sound cues on three different formats. The one she added at the last minute was an ipod. Guess which one was the only one we could use. Yup! The ipod… whew! 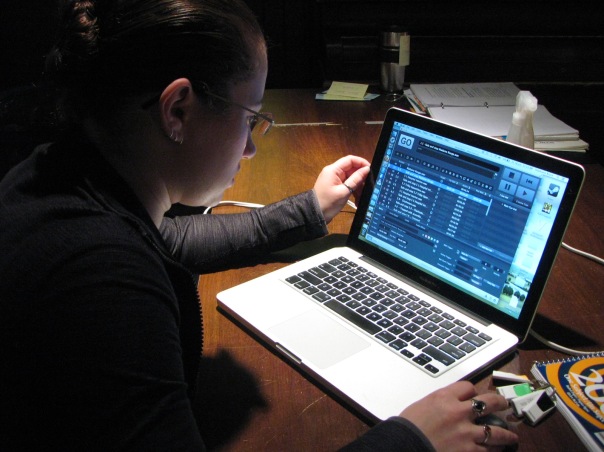 We didn’t make it through all the cues but made very sure that the beginning was tight and that the end was clear, and that a few crucial ones in the show were tested.

I felt somewhat frustrated and worried after our tech but an email from my director, Dean, made me feel much better. He related the space as being like the Ritz after what my character, Madame Rouge, must have experienced in the dark areas of Place Pigalle in her time. Looking at the space and the situation from the character’s point of view helps to put “things” in perspective. 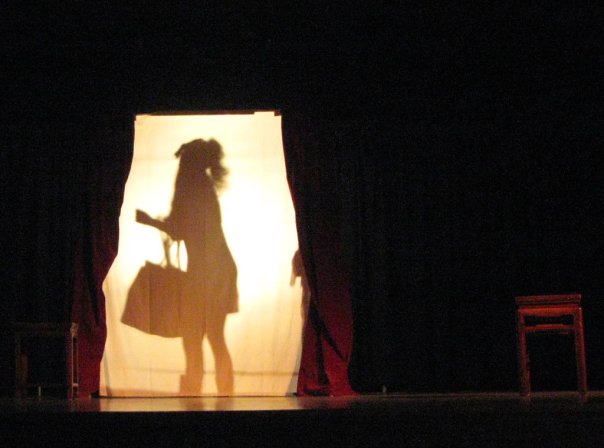 It is story time, and that is the main item to concentrate on, n’est ce pas? 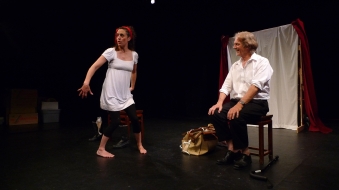 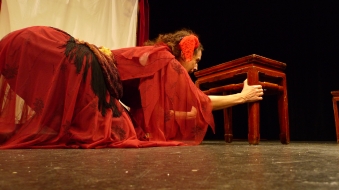 Mdm. Rouge asking Trilby, “What are you waiting for? Your next past life?” 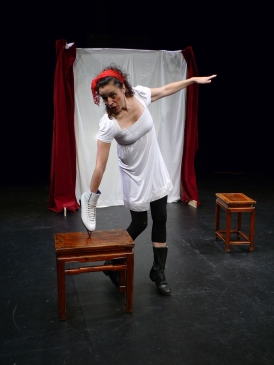 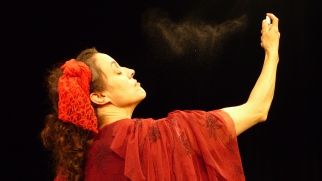 Mdm. Rouge is decadent! But she spits, too… 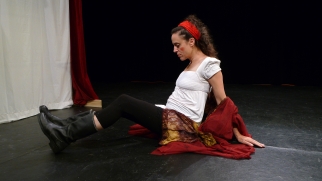